Aranac was contracted  to restore the Stables at the Abbey under the supervision of Design 5 Architects. In a state of disrepair the building required significant structural support changes and general rebuilding of many elements including the part removal of an upper floor level and restoration of existing features and the facades. With the aim of creating a comfortable living environment, The Stables were transformed into a modern space with all the heritage qualities the building possesses.

A new external timber and steel staircase with wrought iron handrails and a curved corrugated iron roof was installed to give access from the stable walkway to the house. In the walkway and over the staircase to support the roof, turned timber posts were specially made to match the existing. Arches along the wall of the walkway as well as new timber windows in the stable were also made to match existing.

History:
The “ABBEY” at Johnston Street, Annandale was built by John Young – a Freemason. Described as an imaginative, romantic house loosely modelled on a Scottish manor, it was completed c.1882 and remains to this day an iconic Sydney landmark building. The Property includes the main house with tower and chapel, a central wing and stables with coach house and upper storey ballroom, all connected by a decorative stairs and verandahs. 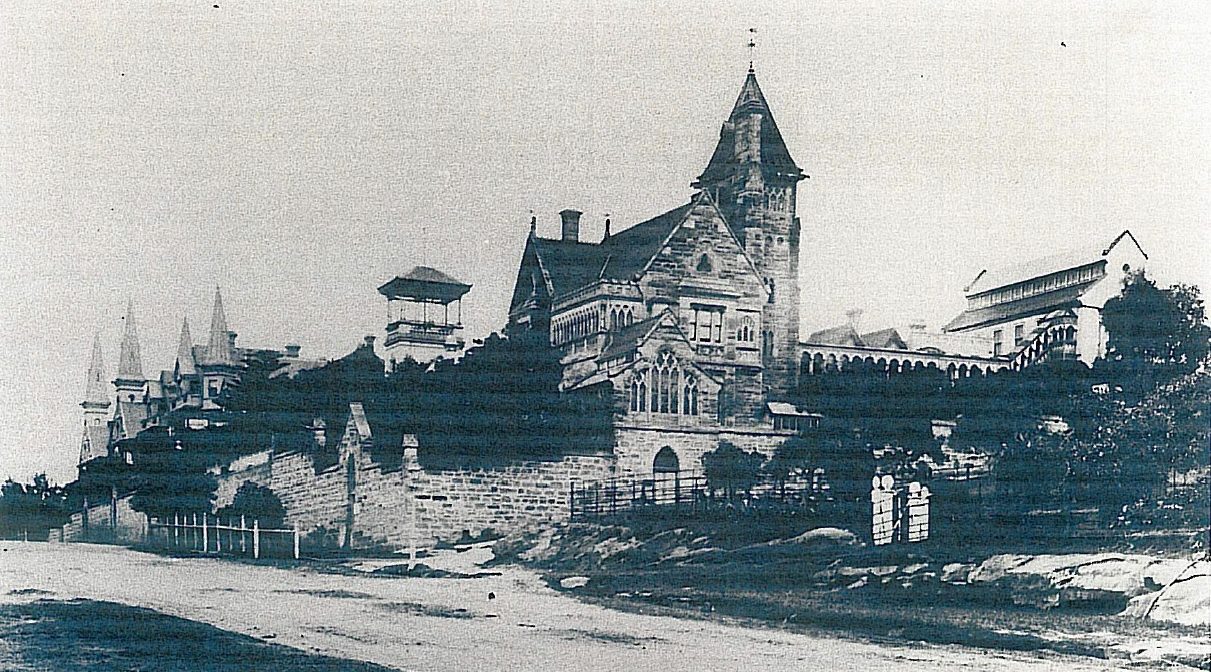 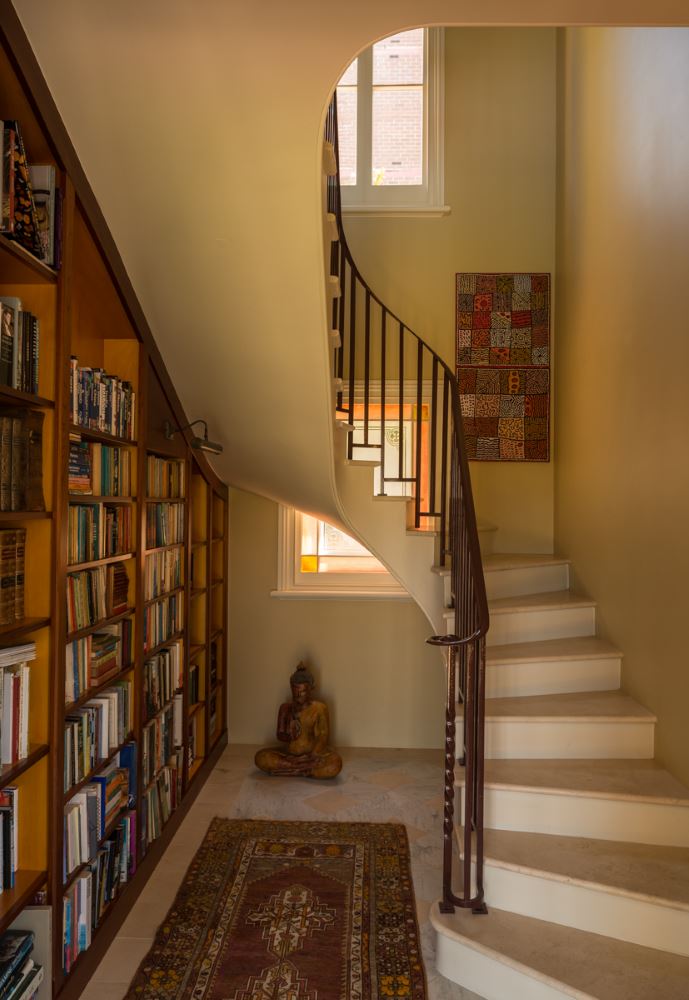 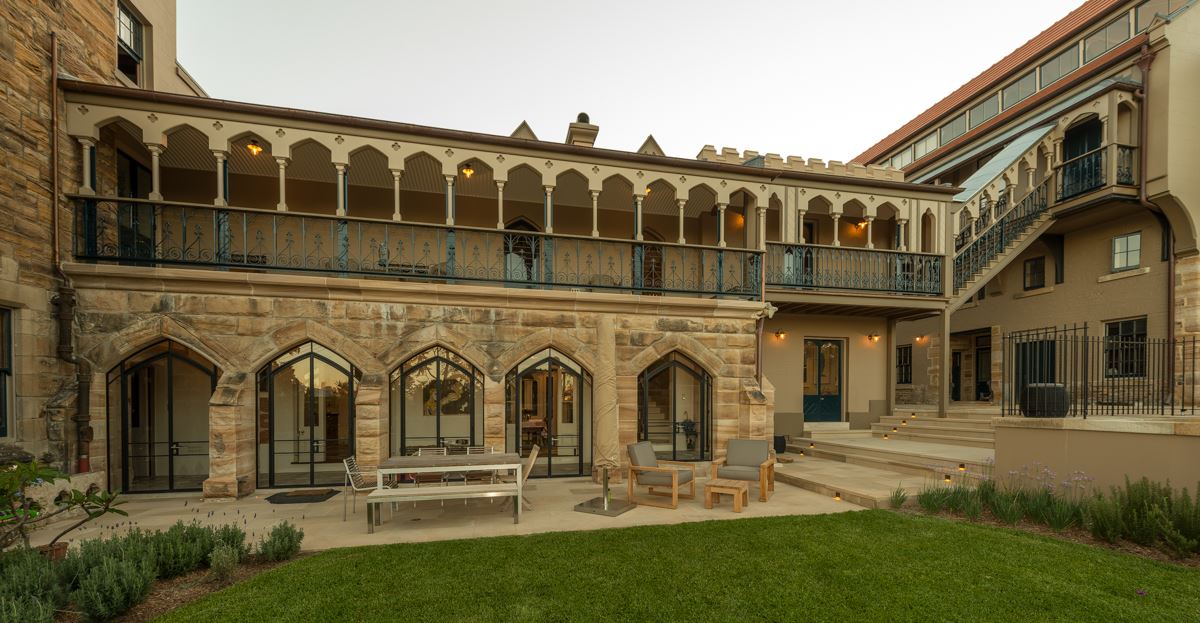 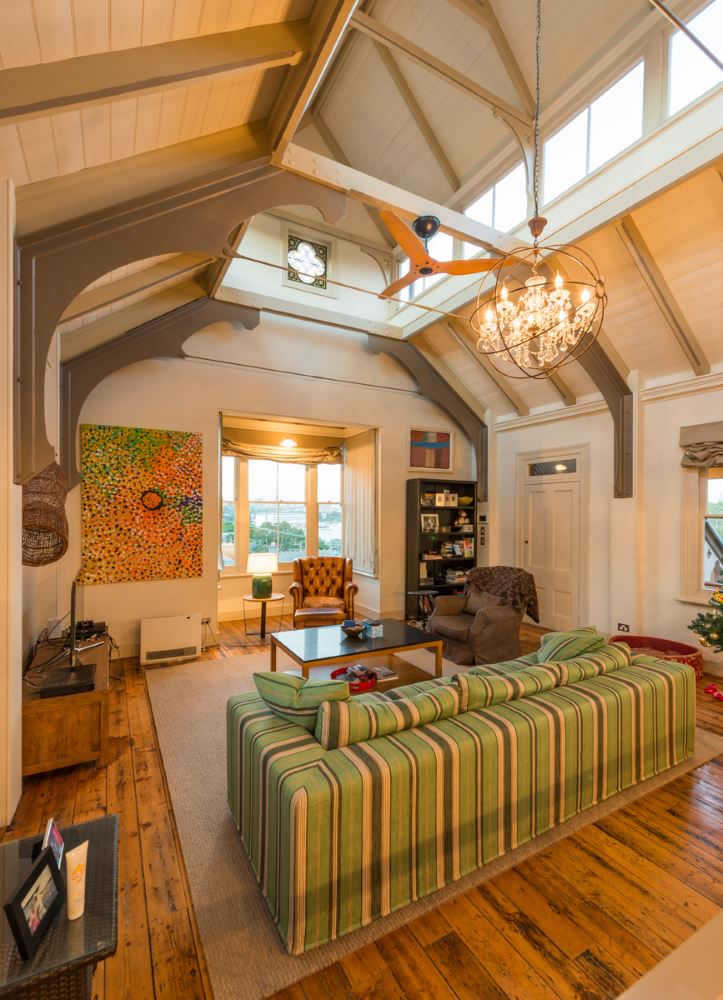 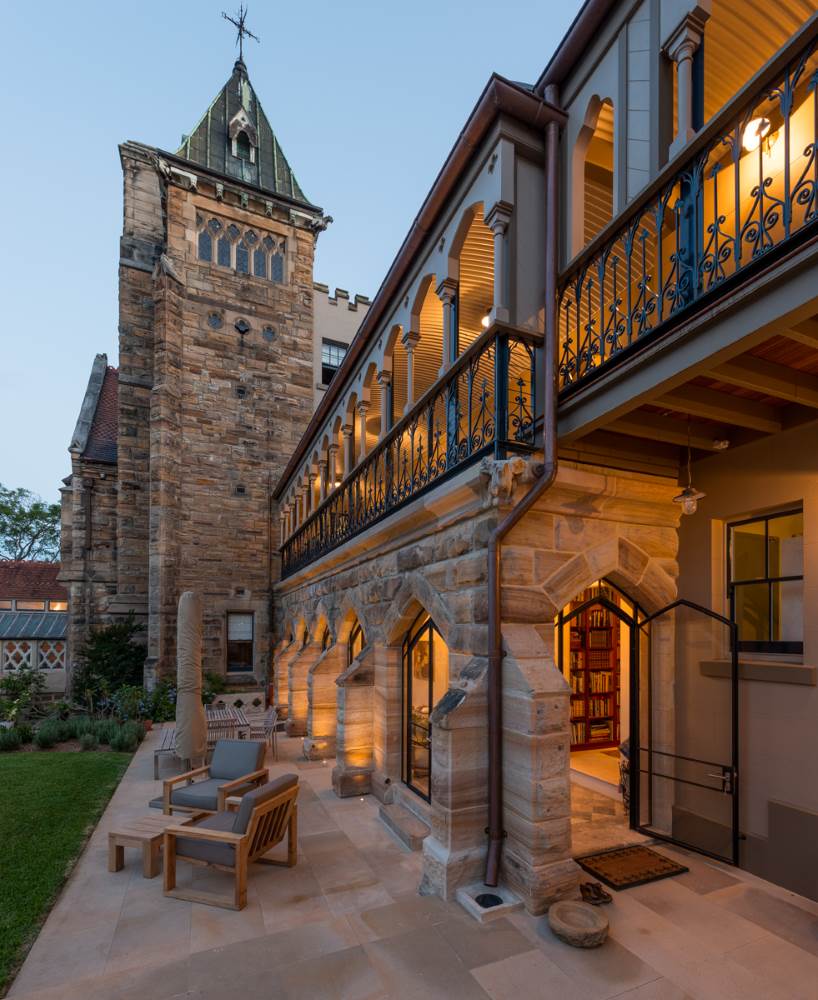 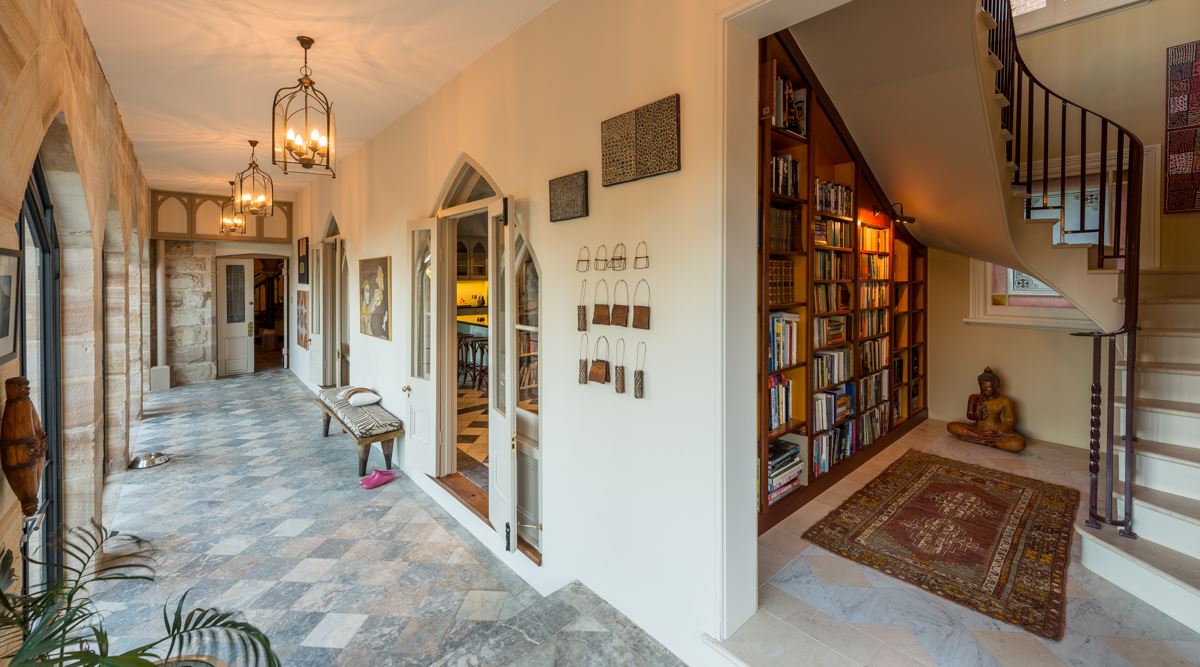 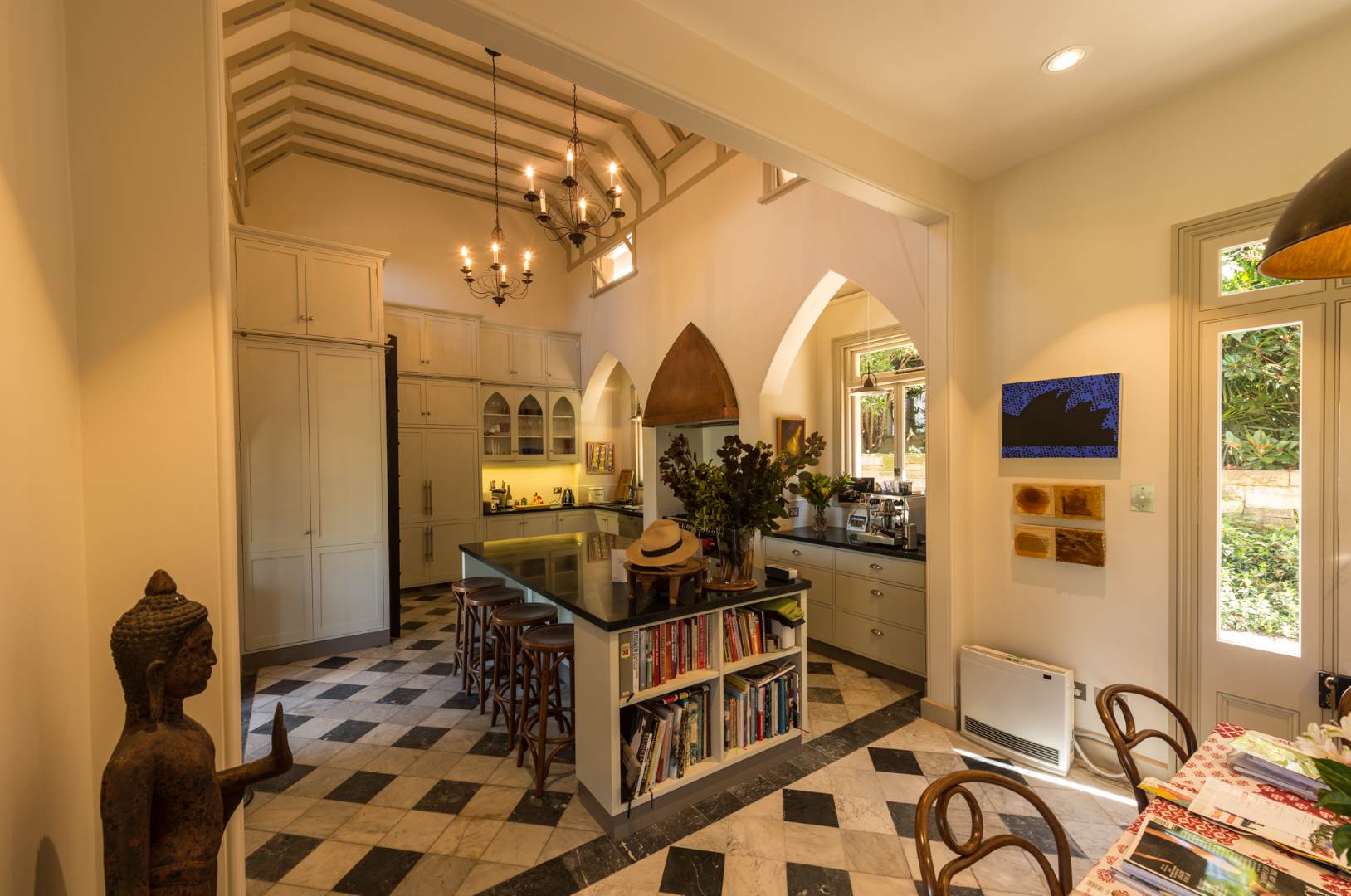 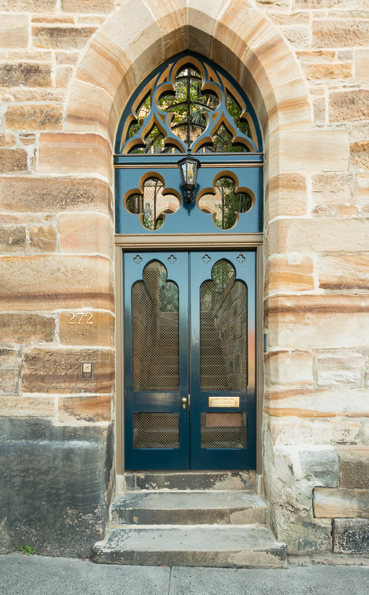 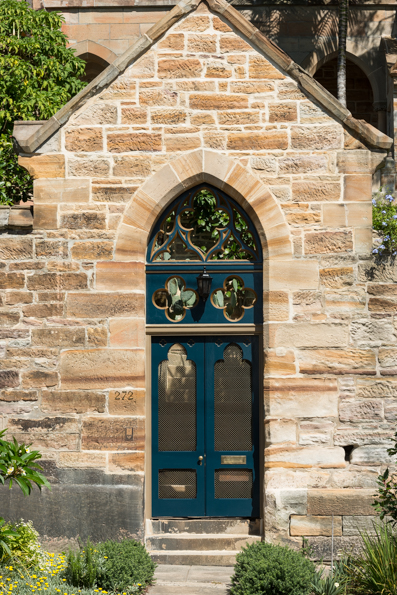 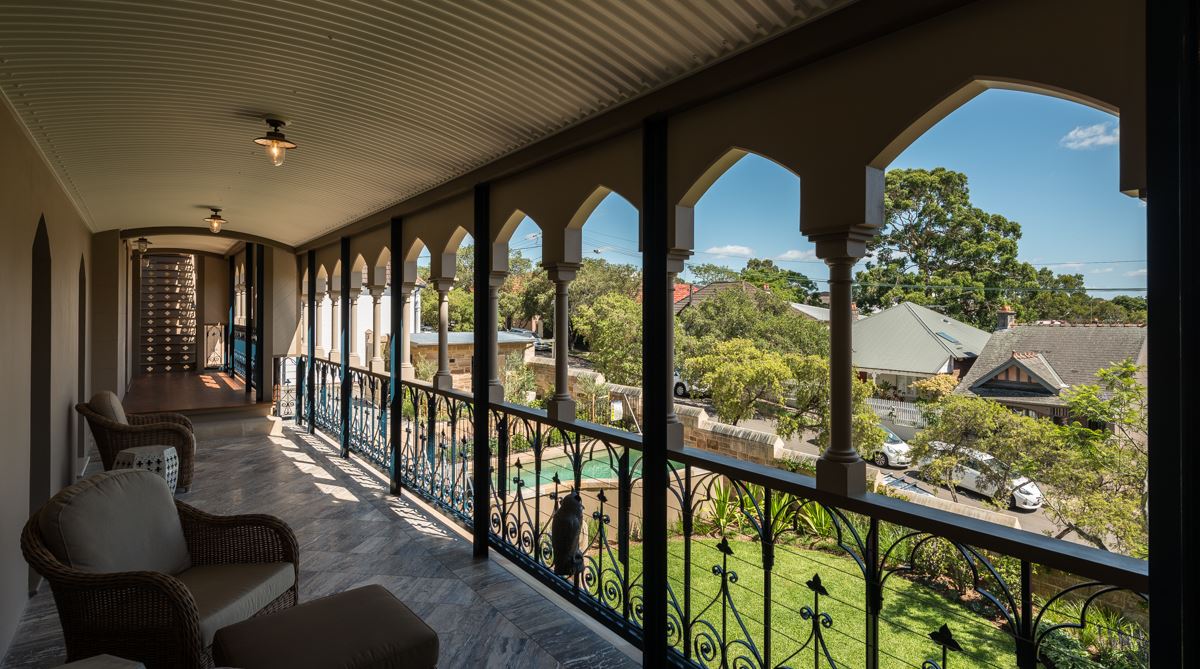 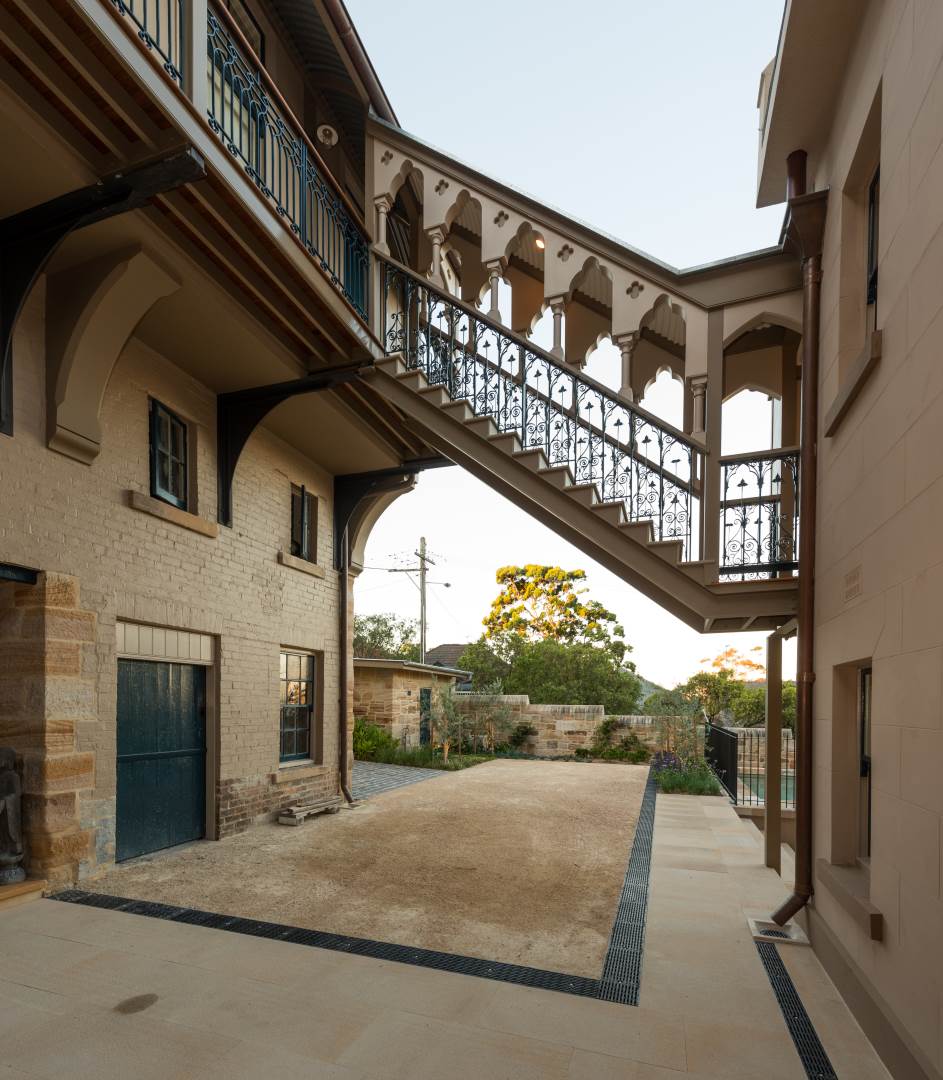 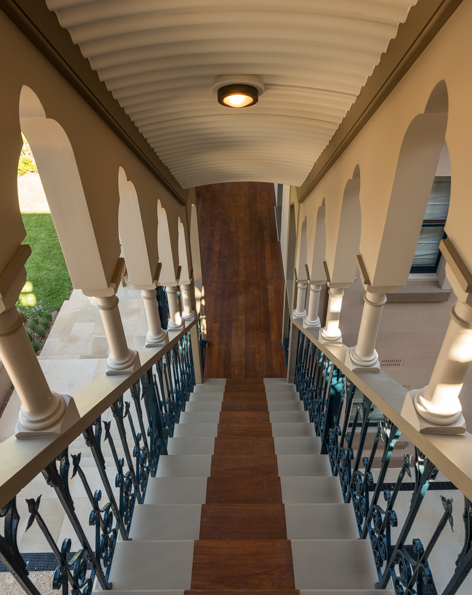