Aranac was lucky to be the builders of this striking  demountable structure built in Sydney’s Centennial parklands. It was a gift to the state from the Brahma Kumaris, a   religious movement that originated in Hyderabad, Sindh, during the 1930s It is distinctly identified by the prominent role that women play in the movement. It was timed to coincide with  the 2000 millennial  celebrations and was granted a temporary location in the parklands. It was  later moved to Brisbane’s south bank precinct.

The brief included minimal time and impact on the  location and meant that the building had to tread lightly on the parkland  and also be able to be easily dismantled in substantial pieces for relocation at the end of the celebrations.

Aranac provided Screw pile foundations for minimal impact on the parklands and fabricated and installed a bolted light steel structure to support the floor, ceiling  and roof cladding. Major timber elements were bolted for ease of relocation.

Our in house carpenters then completed the building with Australian timbers to create a free flowing hardwearing structure.  The addition of artworks inscribed with meditative teachings completed the peaceful  pavilion atmosphere.

One of the challenges was the installation of the  strong perimeter seat/boarder feature that followed the tight and sweeping curves of the “Curled Leaf Form” layout concept.

The deep red  West Australian Kauri hardwood border doubled  as a continuous seat for visitors and was built onsite,  curved and joined  using traditional staircase/ joinery methods,  up-scaled to withstand the external conditions and the heavy public impact. Its not something done every day and,  we and the client,  were pleased at the end of the lease period with how little wear & tear was evident.

Aranac was Invited to the formal opening and received a personal gift from the senior sisters of the Brahma Kumaris in recognition of a job well done.

We are proud to have been able to build a though provoking and beautiful public space of contemplation  for the thousands,  visiting Sydney during the millennial and Olympic celebrations.

For the thousands of visitors we were able to build a though provoking and beautiful public space of contemplation. 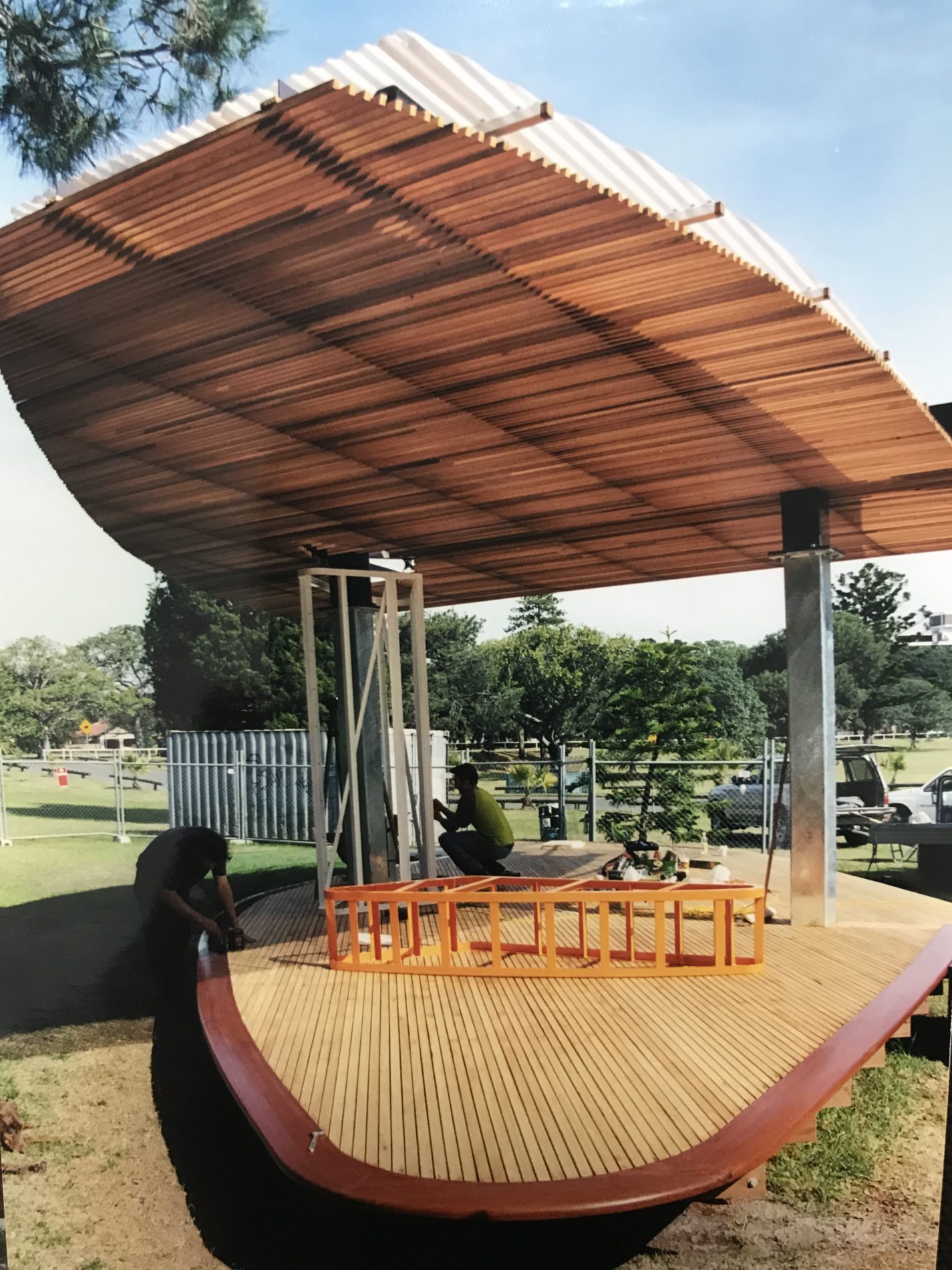 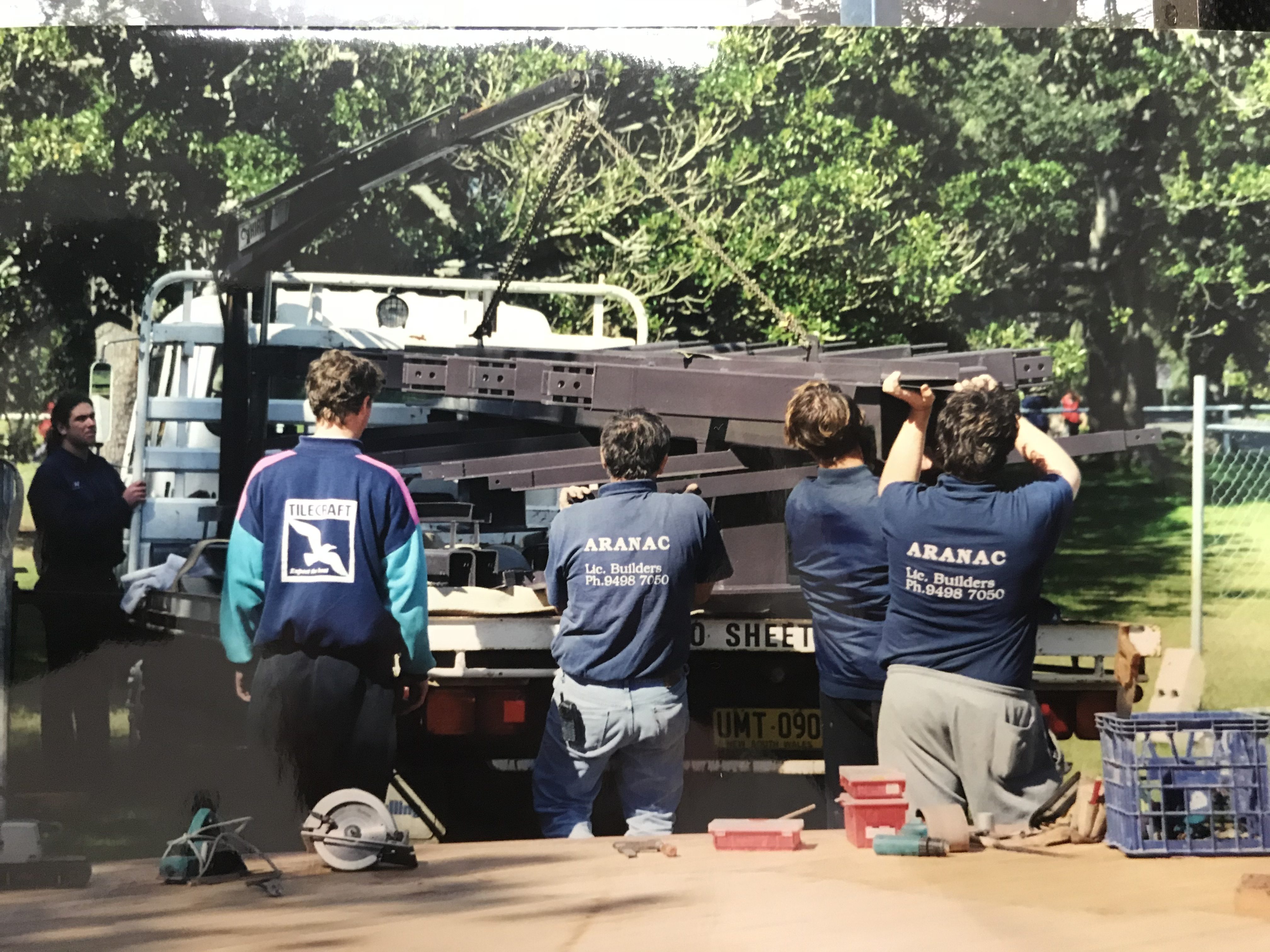 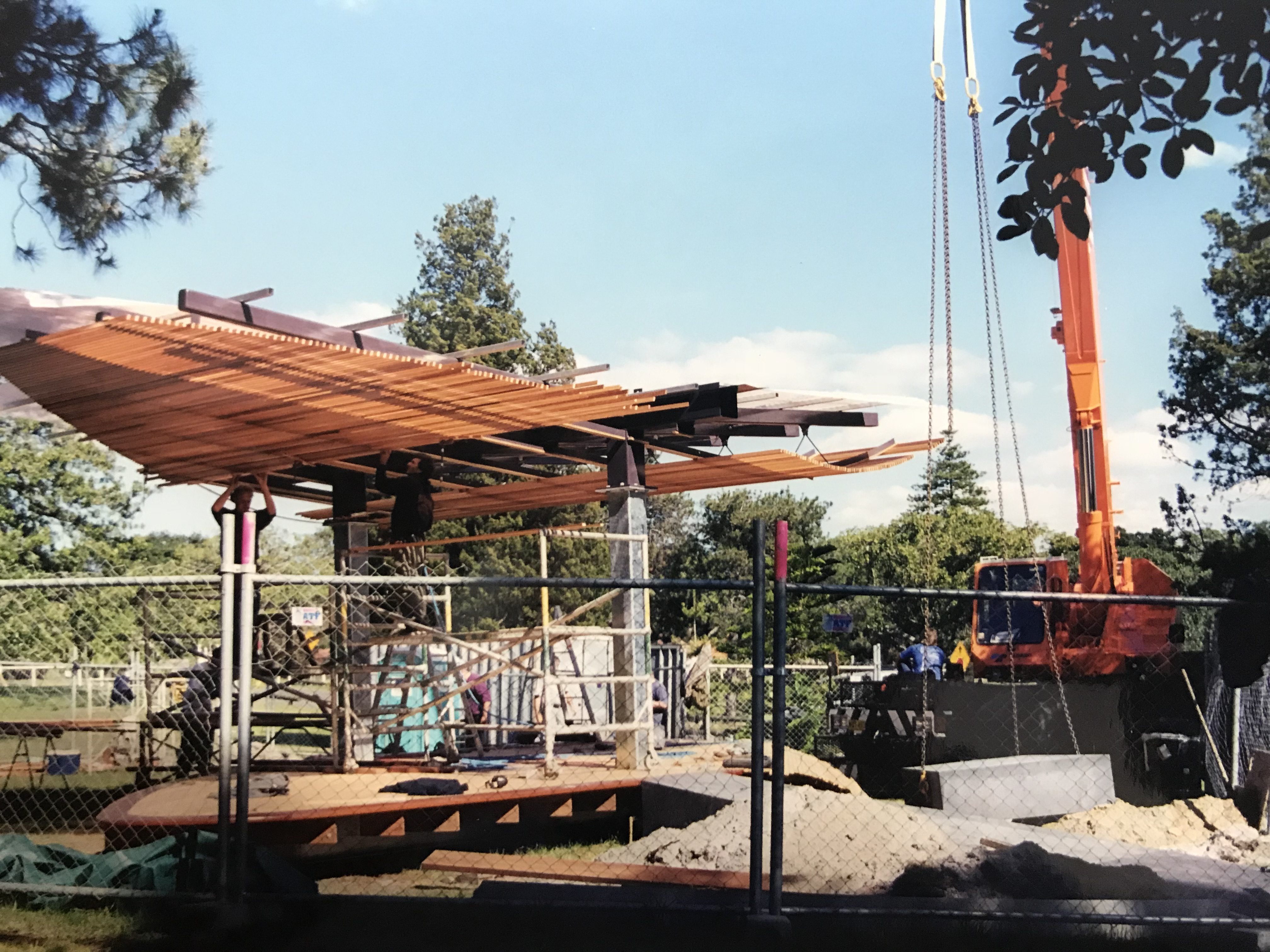 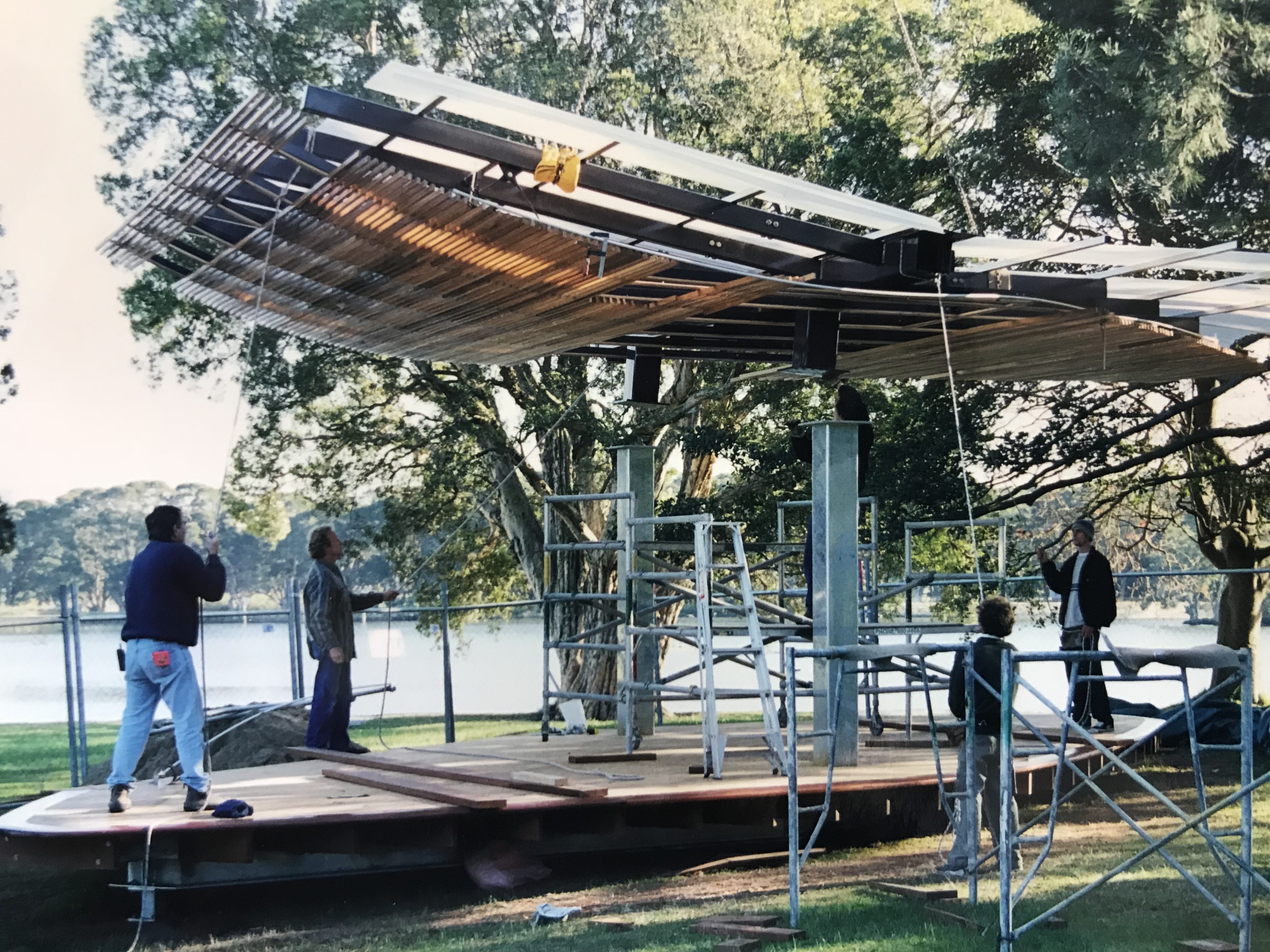 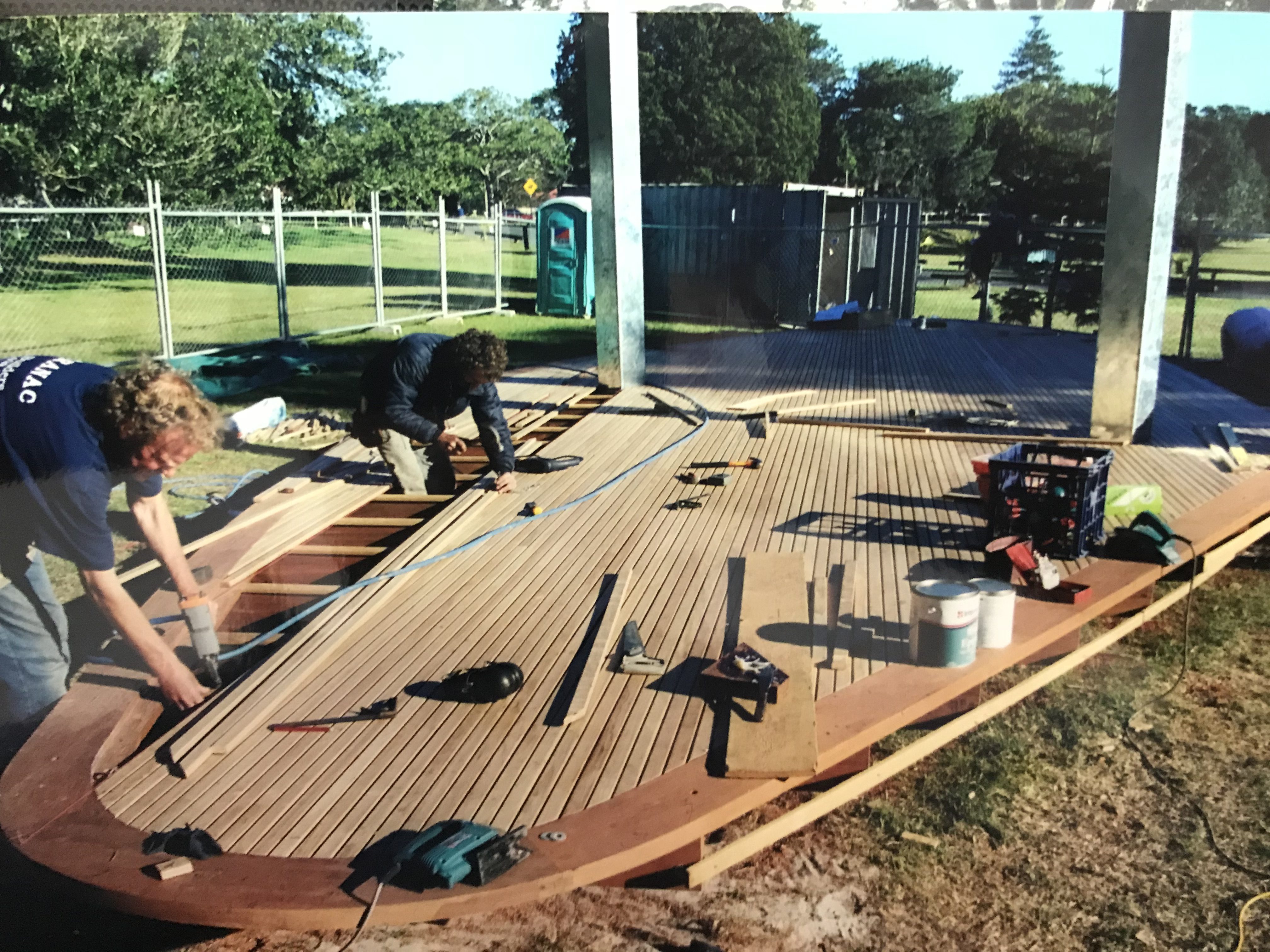